If you’ve read my bio, or know me personally, you’ll know I don’t just code for work or money. I’m engrossed in this profession because it happens to be my passion. Here’s a page where you’ll find examples of some of the side projects I’m working/have worked on before. 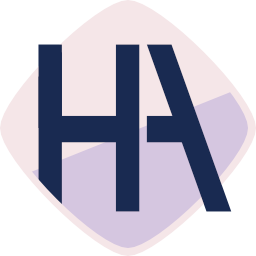 HTMLApp is my first attempt at creating a JavaScript library that myself and others can use to build simple web apps with minimal effort and boilerplate. After working extensively with React and other popular libraries, I decided that there wasn’t a solution out there that was simple enough to use without a build pipeline or CLI tool for those apps we want to give life to that don’t require routing, on-the-fly rendering or a virtual DOM.

Angular Guidebook is a project I set out to create to help bring developers up to speed with using the latest version of the Angular framework (not the older AngularJS). Not only is the speed and ease of learning Angular a key goal of this project, but also encouraging the following of best practices and consistent app architectural patterns to make writing scalable Angular apps a synch.

It’s currently in an early alpha stage and has a long way to go to make it the full-featured learning platform that I want it to grow into, but given that it’s not (yet!) gained the widespread adoption that the previous AngularJS had, learning resources are generally not as easy to find as I’d hoped for.

As expected, Angular Guidebook is built with Angular (at the time of writing this, Angular v4). It’s currently also still “attached” to the Angular CLI tool ― a very quick way of creating a project and generating components with zero configuration required. It’s not backed by an API currently as the content is authored in markdown files and loaded in “just in time”.

Obviously, there’s still a lot of authoring required to make it as useful as possible and to bring it out of its alpha/beta stage. This is an ongoing task and even after completing the bulk of the content will need to be kept up to date to still in line with the Angular team’s diligent updating of their framework.

IOWho (think: “I owe who?”) was a small side project I worked on in 2016. It came about mainly thanks to my good colleague Colin Toh at 2359 Media for organising a product development group in our company. I wanted to make it super simple to keep track of those I owe money to, and those who might owe me money too. It’s a web app, and therefore only available via a web browser. It also has zero backend – meaning the data you enter isn’t stored anywhere but on the device, you’re currently using.

Many other apps already exist to serve the same duties that this web app achieves, however, the key draw of IOWho is not to provide a plethora of features, but in fact to offer as few features as possible. This minimalist approach aims to make it as easy as possible to track & update a list of people you owe and people who owe you.

The IOWho web app is built on ReactJS with Redux, making state management sane. Is using such a front-end stack necessary? Absolutely not. Could it have been done with pure HTML & JS? Definitely. However, I trust in these technologies from my experience working with much larger codebases and I know scalability will be manageable.

It also allows me the opportunity to one day port this web app over to a React Native build and make it a full-blown mobile app.

I still have plans for this little side project to grow into something more useful and potentially marketable in the future. I’ve witnessed recently the growth of the number of apps (web & native) that offer something similar. However, any plans I do have for this project will certainly aim to keep the product as simple and user-friendly as possible.